What an amazing pair. Between them, Mirissa and Reagan have a raft of adventures resulting from their unique super-powers.
This weekend, both books were available for FREE and more people downloaded Crossfire than any other book in the US (apart from one, but the less said about that, the better). Translation: Crossfire reached #2 Free in Kindle store on 14th/15th, and Reagan reached #7 on 15th/16th. What a pair.
They both showed up on the same page for a fleeting hour or two.
You know how I love a stat - for several hours on Friday, 35 copies of Crossfire were downloaded every minute (to a total of almost 30 thousand). On Saturday, it was Reagan's turn - 34 copies per minute, with a total just short of 22 thousand. That's more than one every two seconds. Phew! 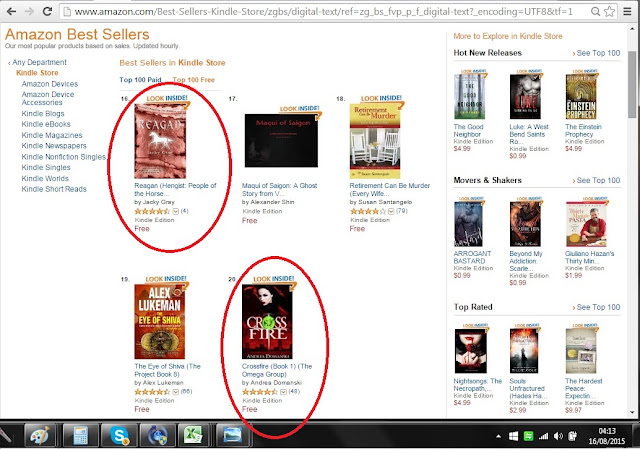