10 Things I Love About This

This is one of my regular watch-again movies, based on what has to be my all-time favourite Shakespeare play, "The Taming of the Shrew."
Not just because of the chance to remind myself how much I miss Heath Ledger, but because it's well written, well acted and has so many great characters/scenes.

So after an intense, full-on Christmas, I spent a lot of time just vegging out in front of Netflix, but you can't do this ALL day long, so I dug out a series of stories I started writing last millenium (blimey Jupiter, get that exaggeration hence!). I wrote the first three in two years, less than two decades ago, in 1999/2001. The last three took seven and a half years to write, because guess what, I was teaching!
I'd completely forgotten about all the Shakespeare references - the guys are studying "Twelfth Night" and even go to see it being performed in Stratford. In my head the series is a cross between "Glee" in the US and "Waterloo Road" in the UK with plenty of action, drama and teenage angst - mainly the romantic kind.

Returning to the characters, they were just as compelling to me as when I first met them:
Liv - a witty polymath convinced she's fat and a Queen Bitch
Jude - an all-round sporting star destined to be an ice-skating Olympian 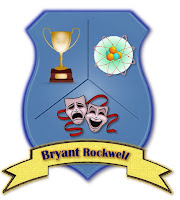 Kat - an ethereal Irish songbird with a dark secret

This trio are torn apart by the guys in their lives
Ray - smart, charming, but a chip on both shoulders after a car accident curtailed his swimming career
Luke - an angry jock who narrowly escaped juvie court after a "joy-ride" went bad
Terry - a nervous wimp who turns into a leading man on stage or in the ice rink
Jimmy - a motorbike-riding sixth-former leading a rough gang

So far, the feedback from my lovely editor and several Beta-readers is a big thumbs up, but I'd love to hear from you if you want to help me out with your take on the first book. Click here to join the team.