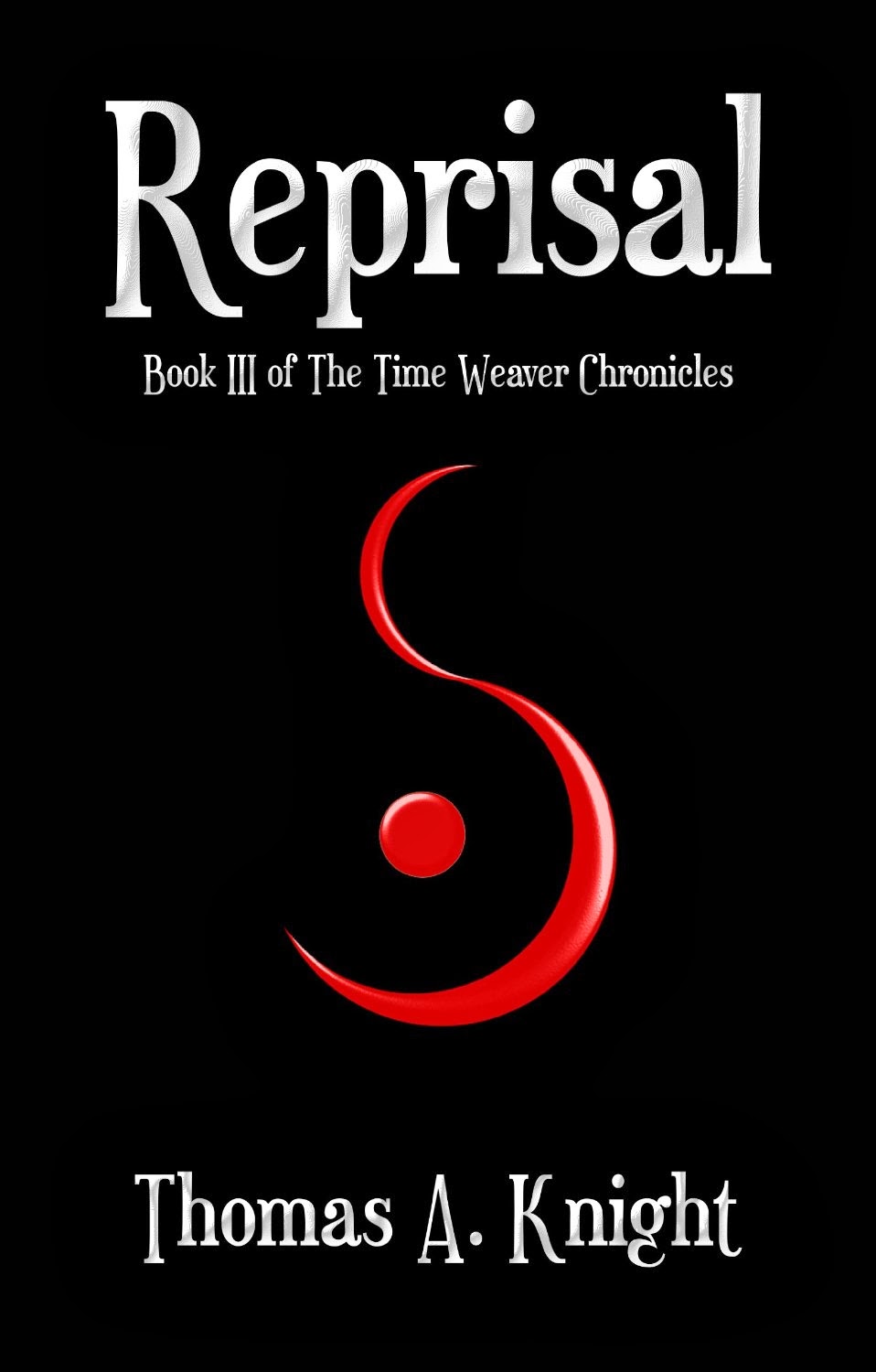 Today is the book launch for the wonderful Thomas A. Knight’s third book Reprisal in his awesome Time Weaver Chronicles. Many hundreds of writers all over the world know this man as Sir Thomas and I have to confess to having a small crush – I’d confess to a much larger one, but I think his wife would not be happy. Nor would my husband L

The thing that makes him so special is his unstinting support to new authors, guiding them through the awful process of writing a pitch and helping in so many other ways. With his ever-growing team of Pitch Doctors (amongst which I am privileged to count myself), he battles through the nightmares of flabby, passive writing and voiceless telling to turn each pitch into a tight, polished marketing tool that will convince readers and judges and literary agents to take a peek inside the book and enter the author’s world. Read about his amazing contribution to good writing at http://thomasaknight.com/

Although I’m supposed to be doing boring school work, I couldn’t resist having a quick look at the first page. 7 pages later, I realised I had to stop now or I would be in trouble tomorrow. The first scene gave me the same kind of collywobbles I got in Lord of the Rings when they faced the Orcs at Helm’s Deep. That same awful terror that has you wanting to hide behind the sofa, but the writing is so compelling, you just have to keep reading to find out how they can possibly overcome such impossible odds. Sir Thomas treats his heroes to the worst kind of trials right from the outset – and then piles on the tension until you really can’t take any more, but dare not turn away in case the inevitable happens … I can see I’m gonna be an emotional wreck, yet again.

The bridge over the Algorn Canyon was less than an hour's travel to the west. It meant salvation for Malia Corsair and the exhausted remains of the Findoor militia. Her orders to them were simple: keep running, no matter what. The horde of undead pursuing them didn't sleep. They didn't eat. They ran, and killed, and ran some more. Nearly a thousand soldiers fell to the undead force before the militia realized what was going on. Another thousand fell in the retreat. The fallen rose again, animated by dark magic, and joined the growing undead tide.
“We are almost there,” Malia shouted to her troops between breaths. “Do not stop, do not look back. When you get to the bridge, just keep running, we can hold our ground on the other side.”
She didn't have to look to know her orders would be followed without question.
The hill before them sloped down toward the canyon which stretched from north to south, separating the Kingdoms of Findoor and Caldoor. The bridge spanning the canyon had stood for centuries. It was one of only a few crossings that led into Caldoor. The canyon itself was a long drop into a rocky river, created in some great earthquake thousands of years ago. It was too great a distance to jump, and a fall into the canyon was certain death. ===============================================================
Go and share in the fun: https://www.facebook.com/events/542468632527581/permalink/563495910424853/


Have a wonderful day, Sir Thomas,
we are all rooting for you. J